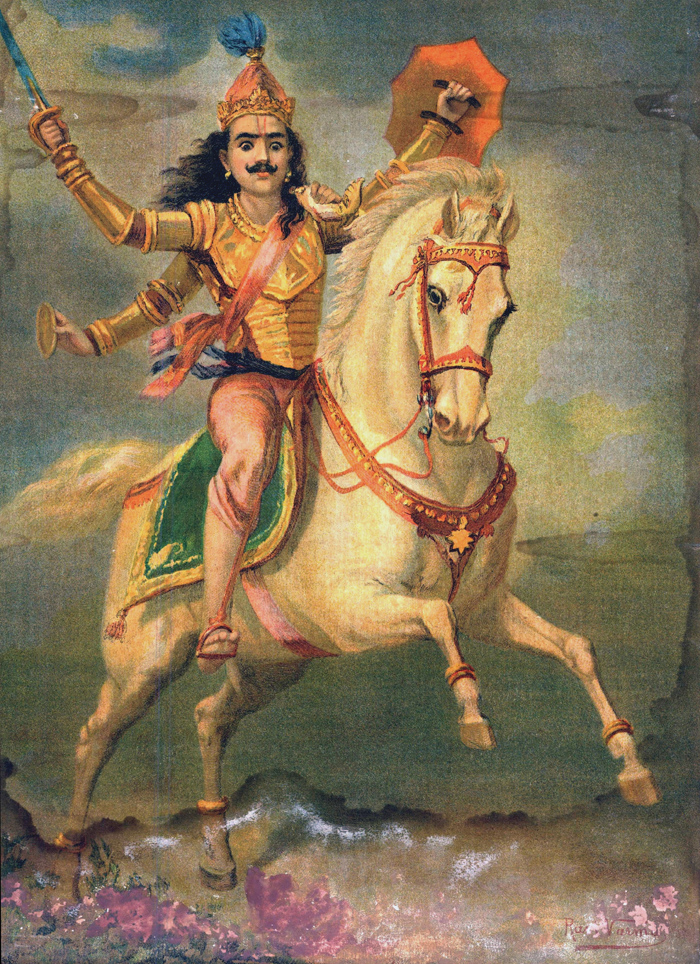 Several Indian saints or gurus with the honorific name Babaji have been called the Mahavatar, or Avatar of Avatars, both recently and in the past. For instance, the Nainital Babaji (i.e. the Babaji who lived in Nainital, India) is not the same person as the Haidakhan Babaji, both of whom were alive on earth concurrently (the former died in 2008, the latter in 1984). Nor were either of them the same person as the old Haidakhan Babaji who lived around Haidakhan in the years 1860–1922, who gave Paramahansa Yogananda his mission and is mentioned in his book, Autobiography of a Yogi. But, in terms of illumined consciousness or Self-awareness, it is a different matter.

The name ‘Babaji’ is an Indian honorific name that means “Revered Father” or “Beloved Father”, and is usually used when addressing a highly respected and beloved priest or guru, a saintly person. When the title of ‘Mahavatar’ (‘Great Avatar’) is added, which it has been for the three above-mentioned Babajis, it refers to the ‘Beloved Father’ who is the Avatar of Avatars, Teacher of Teachers, a supreme incarnation or manifestation of God.

Because Babaji is a Sanskrit word belonging to Hinduism, a Babaji is usually said to be of this tradition and living in India, with the Mahavatar Babaji dwelling in the Himalayas. However, names are but names, and what the Sanskrit term Babaji really refers to transcends any person, country, religion, race or tradition.

Souls who are Babajis can, via enlightenment and missions given to them, become Avatar Babajis. We might call them ‘Masters’, who incarnate on earth in one form or another, openly or veiled, to perform their mission. Mastery infers Christhood – a state of being and consciousness that is symbolised by the Rose Cross, and of which there are successive increasing states of Christhood. The ‘Mahavatar’ refers to the greatest of these Masters, who in the West is sometimes referred to as the Cosmic Christ.

Another way of understanding this is that there exists in the heavens a Christ Star Circle of Masters or Christed souls. There is a Christ Star Circle for our world and solar system, as also for other stars, then even greater ones for our galaxy and other galaxies, and the greatest one of all for the whole universe. The Cosmic Christ is the supreme Master who is both the centre and the whole circle (or cosmos), whether the cosmos be the macrocosm of the universe, or the microcosms of individual cosmoses. As St Paul said: “For as the body is one, and hath many members, and all the members of that one body, being many, are one body: so also is Christ.” (1 Corinthians 12:12.)

Masters, Great Masters and Avatars have the ability, when needed, to incarnate into and sustain several different bodily forms at the same time and in different parts of the world. The Mahavatar Babaji certainly has this ability, but because of being a cosmic being whose form is a seemingly formless universal light, he-she incarnates via individual Master souls who can reach an at-one-ment in consciousness with the Mahavatar. The Mahavatar can then act through them and help others to achieve such enlightenment.

The Avatar of Avatars, or Mahavatar, is Shiva in his Vishnu role as creator, protector and transformer of the universe, wherein transforming means the same as instaurating. To instaurate something is to recreate something new on the foundations of the old – the old having been ruined, and ‘foundations’ referring not just to foundations still standing but also to the archetypal architectural plan and the wisdom underlying it.

The Mahavatar is the Cosmic Christ, the Alpha and Omega, who comes at the end of time as the Christ in Glory, to judge the living and the dead, and to bestow mercy.

In Hinduism, the Mahavatar is said to consist of ten primary Avatars, who appear on earth at the end of large time cycles. A comparison can be made here with Hebrew Kabbalah, wherein the Tree of Life has ten Sephiroth (‘Emanations’), representing the Ten Utterances of the Word of God, each of which takes form as a shining light (e.g. "And God said, 'Let there be light', and there was light" - Genesis 1:3). The Mahavatar is, literally, the embodiment of the Word of God, which is what the Hindu Vedic name means. And this is what Christ means – the Cosmic Christ, who consists of ten primary Christs – a Tree of Life.

The tenth and final Avatar is known in Hinduism as Kalki. His feminine counterpart or consort is Kali. He-she comes at the “end of time” – the end of a Great Age. This what Jesus Christ was referring to – the coming of the Cosmic Christ; for the Tenth Avatar sums up and reveals all that the Mahavatar is.

In Kabbalah, Sephira #1, Kether (‘Crown’), is the source of the other nine Sephiroth, which are the primary expressions of Sephira #1. Sephira #10, Malkuth (‘Kingdom, Bride’), is the final expression of #1, and contains (or sums up) the whole Tree. It is thus the same as #1, in the sense of being #1 fully expressed and revealed. When this occurs, it is said to be the Mystical Marriage, wherein the Bride (#10) and Spirit (#1) are One. It is the revelation of revelations.

Right now the world is experiencing the end of a Great Age of c. 26,000 years, which is made up of 12 Ages each of 2,160 years. Moreover, the end of this current Great Age may also be the end of a series of Great Ages, which would make it an even greater ‘end-time’ than the world has experienced for some time.

Jesus Christ, the Avatar who appeared at the beginning of this Age that we are now just leaving, prophesied about the “end of time” – the end not just of the Age but also of the Great Age, and perhaps more – and prepared his disciples for it, so that they could prepare others in turn.

Many other prophets have also prophesied this ‘end-time’, including Meso-American sages (e.g. Maya, Hopi, Navaho), European prophets such as the 16/17th century philosopher-seer Francis Bacon and the 20th century Bulgarian master Beinsa Douno (Peter Deunov), and in India the 20th century Haidakhan Babaji.

This great ‘end-time’ is referred to in the Book of Revelation, traditionally written by St John the Divine, the seer, which includes some older prophecies and metaphorical language about the end-time that were given in the pre-Christian Sibylline Oracles. It concludes with the appearance of the Rider on the White Horse called Faithful and True, and whose name is the Word of God. The description of this Avatar is the same as that of Kalki, the 10th Avatar of Vishnu/Shiva, whose feminine aspect or consort is Kali, the 10th Mahavidya of Parvati.

The conclusion of this great Avatar’s work is with the appearance of the Alpha and Omega, seated on the throne of God, the final judgement occurring, the first heaven and earth passing away, and a New Jerusalem, symbolising peace, concord and beauty, coming upon the new or ‘second’ earth.

Kalki is the 10th Avatar of Vishnu/Shiva.

Kalki rejuvenates existence by ending the Kali Yuga, removing adharma, and ushering in the Satya Yuga.

Kalki rides a white horse and wields a fiery sword. He is the same as the Rider on a white horse who is called Faithful & True, and whose name is the Word of God (Revelation 19:11-13).

The name Kalki is derived from the word Kal, which means ‘Time’.

Mahakala, meaning ‘Great Time’, the god of pure consciousness, is an epithet of Shiva.  Great Time is Eternity, which the Greeks called Chronos, as distinct from Kronos (i.e. Kal), which refers to cyclic, divisible Time.

Kali is the 10th Mahavidya of Parvati, the feminine aspect or consort of Shiva.

Kali destroys evil in order to protect the innocent. She is the divine Protector, who bestows moksha (liberation).

The name Kali is the feminine form of Kal, 'Time'. She is Time as the changing aspect of nature that brings things to life or death.