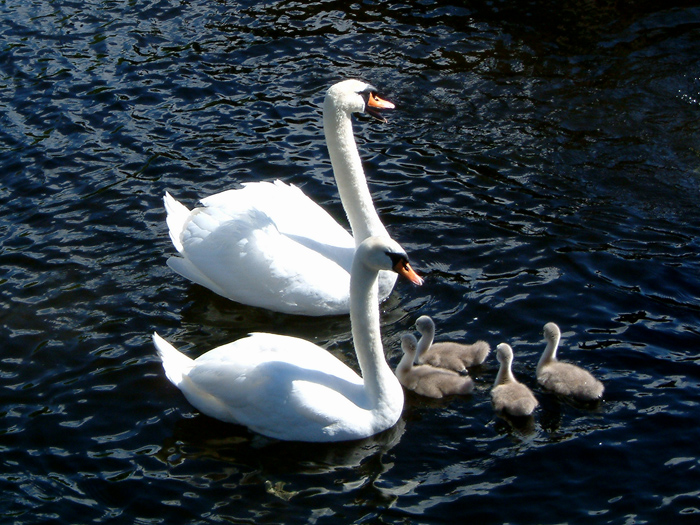 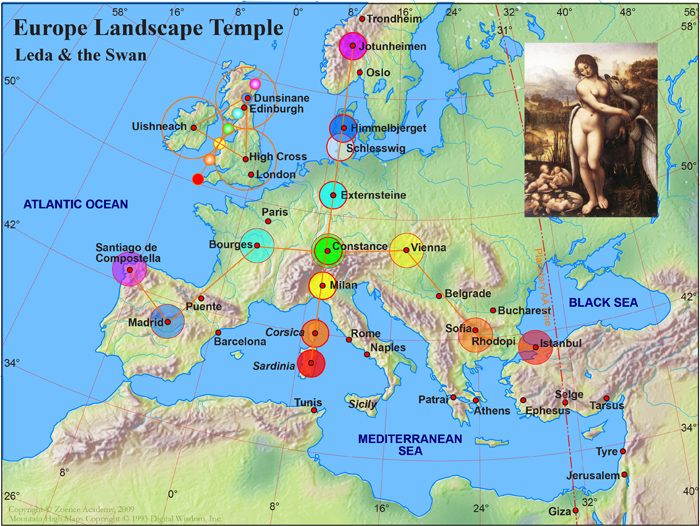 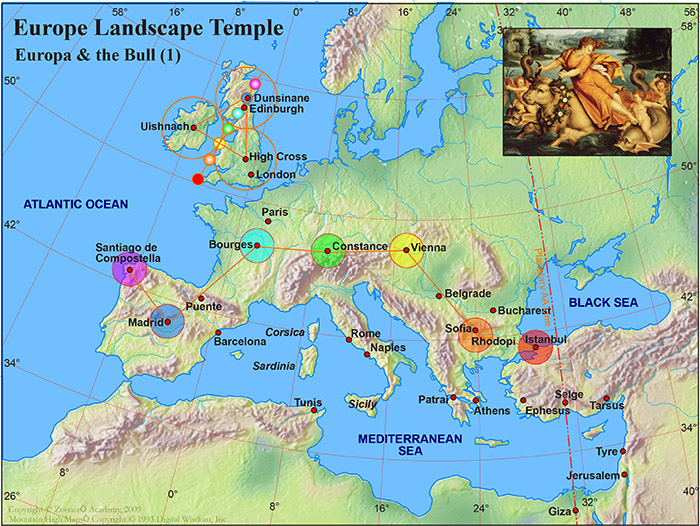 The main classical myth concerning the Swan is that of Leda and the Swan, whose children are the Gemini (‘Twins’). One twin is born mortal, the other immortal. Most versions of the myth describe them solely as two brothers, but in fuller versions of the myth each brother has a sister. Another way to describe this is that the mortal twin is male-female, and the immortal twin is male-female, being made in the likeness of Alahim (Elohim), the male-female Divine Being (Alahim/Elohim is Al-Alah, the Divine Father-Mother). By means of self-sacrificial love, the twins merge their beings in love and become immortal-mortal – celestial souls who unite heaven and earth, spirit and body, spiritual self and natural self. In doing so they reveal the truth and can proclaim the truth, to recreate the world anew.

The Gemini are known as Swans, Spear-shakers, and ‘cap-bearing brothers’ (referring to their caps of liberty). They are renowned as saviour gods who intervene in moments of crisis to help those who love and trust them, and as light-bringers who are able to restore sight to those who are blind, and as protectors of hospitality.

The myth links with the Dionysian myth, wherein the child of Europa and the Bull is born as a bull-calf, Zagreus, but is raised up as a Swan, Dionysus. The mortal becomes an immortal.

The equivalent Hindu myth is about the Hamsa. The Hamsa is the Swan that is the vehicle of Brahma and Sarasvati. Brahma is the Creator, who creates by sounding the Word of God, which Word is Wisdom or Truth. His consort, Sarasvati, is the goddess of the arts, which give artistic form to the wisdom. Whereas Brahma is associated with divine wisdom, which creates, Sarasvati is associated with divine intelligence and creativity, including knowledge, language, communication, learning, education, literature, poetry, music, and all the creative arts. Her children are the Vedas (Poetry–Prose–Music). Hindus worship her not only for secular knowledge but for the divine knowledge essential to achieve moksha (‘liberation’). We call such divine knowledge, illumination, or revelation.

The Swan, Hamsa, originated as two brothers, Garuda and Naga, who started off as adversaries but ended up with loving each other so much that they transmuted into Ham and Sa and fused together as the Hamsa Swan, vehicle of Brahma and Sarasvati.

The Hindu myth gives an insight into the deeper meaning of the classical myths. Zeus, for instance, is the equivalent of Brahma. In the ‘Europa and Bull’ and Dionysian myths, Zeus’ incarnatory form is symbolised as a Bull, Taurus, which, as a zodiac sign, rules the throat – and it is the throat that sounds the Word. Then these two myths describe the incarnatory form of the goddess, consort of Zeus, as Europa and Leda, but omit to give the name of the goddess. It is the same with the Leda and Swan myth; the Swan is the incarnate Zeus, but Leda’s goddess equivalent is unnamed.

However, the goddess’ name in all three cases can reasonably be deduced as Pallas Athena, the Tenth Muse, the Muse of Muses and goddess of the Arts and Sciences. She is the goddess who matches Sarasvati in all her attributes. Moreover, Pallas Athena is the divine Spear-shaker, whose spear signifies the ray or breath of life and light that bears the Word of God, and which can inspire souls with wisdom and raise them to enlightenment.

This is further confirmed in earthly terms by the continent of Europe, named after the Europa and Bull myth, wherein mainland Europe represents the Bull, and the British Isles represents Europa. The goddess of the British Isles was known classically as Britannia, who is the same as Pallas Athena. The British Celts referred to her as Ceridwen, but she had other names too.

Translated into the landscape of Europe, it means that mainland Europe can be seen as either a Bull or a Swan (Cob) – and this is indeed what we have discovered, and which, it would seem, previous generations of ‘knowers’ had also known and worked with. Likewise with the British Isles, the ‘Three Lands’ that constitute the British Isles (Scotland, Ireland and Britain[1]) can be understood as symbolising a Cow or a Swan (Pen), although the former cannot be seen as such by the outline of the British Isles, whereas the Bull can be seen imaginatively in the shape of Europe.

In the Dionysian myth, the golden child Zagreus is represented in the landscape by the Grail Land, which is, right now, in the process of being attacked and torn to pieces by the Titans. At the same time Pallas Athena (Britannia) and Zeus are in the process of rescuing the heart (i.e. all that is good) of Zagreus and transmuting it into the Swan, Dionysus, and thereby helping the Swan to fly higher. Dionysus is said to be ‘at-one’ with his divine Father, Zeus, so the Swan of Europe landscape temple manifests this Father-Son scenario. To complement this, the divine Mother, Britannia (Athena), is in the process of taking on her Swan form or vehicle.

Pallas Athena is known as the Tenth Muse, the chief of the other Nine. A muse is a goddess who inspires. Inspiration refers to the spiritual breath that bears the wisdom or Word of God. It is otherwise known as the Holy Breath or Holy Spirit. It is inspired into the heart, but its portal or entrance into the human body is via the alta-major chakra centred in the medulla oblongata. The gateway to this is located at the back or nape of the neck.

In the Hindu tradition the spiritual breath is known as Ham-Sa, the breath of life.