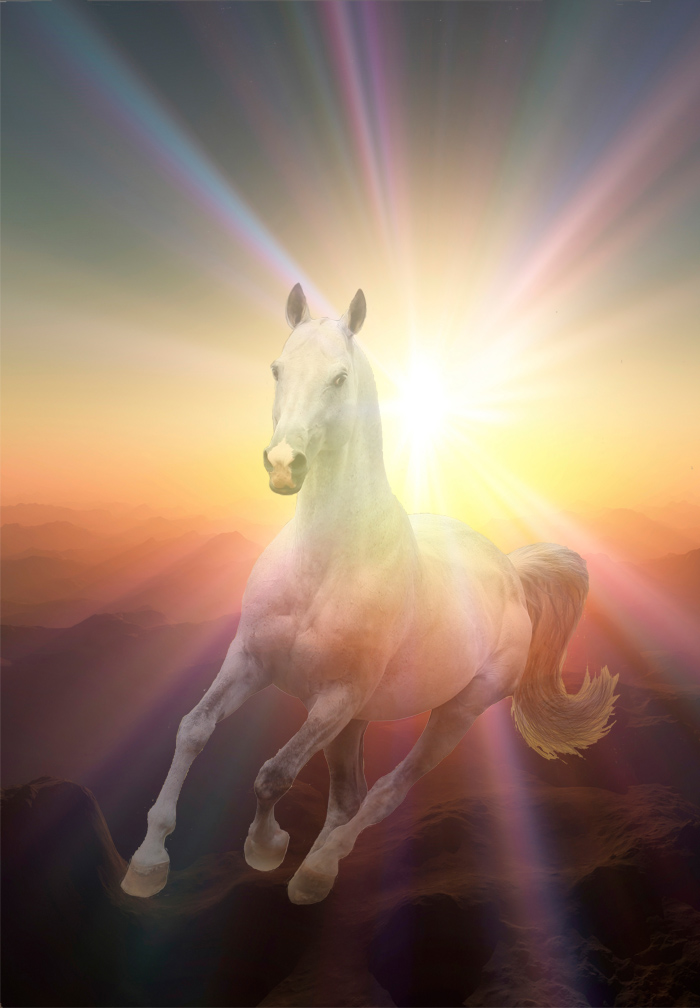 In rabbinical tradition Enoch is known as being the first human soul to become the Messiah or Anointed One (i.e. the Christ), the Great Teacher and Initiator, from whom all our wisdom teachings are derived and who initiates us into the mysteries of life.

The Hebraic-Christian bible refers to Enoch as the seventh from Adam and son of Lamed, a member of the line of descent through Seth, the fourth son of Adam and Eve, by which the knowledge of God was preserved.

Genesis describes Enoch as begetting his son Methuselah when he (Enoch) was sixty-five years old, then ‘walking with God’ for a further three hundred years, during which time he had further sons and daughters. At the end of this time Enoch ‘was not’, for ‘God took him’.

Ecclesiasticus refers to Enoch as pleasing the Lord and being ‘translated’ (i.e. taken up bodily into heaven without dying), being a ‘pattern of repentance’. St Paul, in his epistle to the Hebrews, echoes this, saying that: ‘By faith Enoch was translated, that he should not see death; and was not found, for before his translation he had this testimony, that he pleased God’.

The Book of Enoch states that ‘All his [Enoch’s] action was with the holy ones, and with the watchers [i.e. great angels] during his life’. It recounts that Enoch had been a cobbler (i.e. a mender of souls) who, because of his life of piety, was taken up into heaven and raised to the first rank of angels, where he was transformed into the great archangel Metatron.

The rabbinical tradition further explains that Enoch was the first human being to complete all the initiations on the human path of evolution. As a result he ascended bodily into the highest heaven, where he became identified with Metatron, the spirit (‘angel’) of the Messiah, chief of all the archangels or creative spirits, thereby becoming the first human soul to achieve Christhood.

There, in the highest of the seven heavens, Enoch could have chosen to merge totally with the Godhead, but because of his love for humanity he chose instead to keep returning to our world, to help and teach all those below him in evolution until all human souls reach full enlightenment (i.e. Christhood). Moreover, he would appear in two ways, first as the harbinger, shepherd or preparer of the way, then second, when the pupil has become the master, in full glory as the messiah or king. In the first role he is associated with Elijah, who prepares the way for each manifestation of the Messiah or Christ. This ancient formula is enshrined in the teaching concerning the First and Second Coming of Christ (i.e. first as a shepherd, second as a king). Buddhism refers to these two roles or appearances as that of a Bodhisattva and that of the Buddha.

Historically, the prophet Elijah is identified with Phinehas, grandson of Aaron, the high priest and brother of Moses. Like Enoch, at the close of his ministry Elijah was translated alive into heaven by a ‘whirlwind’, ascending in a ‘chariot of fire’ (i.e. a body of light), witnessed by his disciple Elisha.

Jesus of Nazareth performed the same feat, teaching and leading his disciples on earth as their shepherd, and then, witnessed by his disciples, ascending to heaven and becoming the Christ or Messiah, the king. In Jesus' case, the teachings were magnified by John the Baptist acting together in partnership with Jesus, with John playing the role of Elijah, Jesus that of the Messiah.

In Islamic tradition the prophet Idris is commonly associated with either Elijah or Enoch. Idris, a saint and prophet whom God raised to heaven and who appears whenever some miraculous help is needed, is described in the Koran as a man of truth, sincerity, constancy and patience.

The Sabians (the religious community of the Syrians, reputedly the most ancient of the nations) relate that they received their religion from Seth (the fourth son of Adam, who took the place of Abel) and Idris (Enoch), and that they have a book which they ascribe to Seth, referred to as The Book of Seth. Idris, or Enoch, is also said to have written a book, or set of books.

Idris (Arabic, Idreesa) is the Arabic pronunciation of Osiris (Egyptian, Wesir, or Ausar), the son of Geb (‘Earth’) and Nut (‘Heaven’). His feminine counterpart is personified as his sister Isis (Egyptian, Aset). The name of their son, Horus (Egyptian, Kheru), is that from which the Greek word Christos is derived.

The earliest myth concerning Osiris states that he died through drowning, rather than by dismemberment, and then was resurrected with the help of his sister, Isis. This symbolism links with the idea that Enoch was Atlas, king of Atlantis, as stated by Eusebius.

Atlas is identical with the Egyptian god, Temu (or Atum), whose symbol was the sacred hill or island that rises above the waters (i.e. Atlantis). Temu was personified as the great predynastic king who was renowned for being the first man to have become divine by being immortalised (i.e. resurrected, or raised above the waters of mortal life) in his physical body.

Another symbol of Atlas, which is also the meaning of his name, is the Pillar of Light – the Axis Mundi or central axis of the universe. It is this pillar that holds heaven and earth apart, for heaven (above) and earth (below) are the two extremes or polarities of the pillar. Without polarity, there would be nothing. And polarity forms the trinity (the Holy Trinity) – the two poles and everything in-between. In other words, Atlas is equivalent to Shiva in the Hindu tradition, as Shiva's symbol is also the axis or pillar of the universe, known as the Shiva lingam and symbolised, in an earthly sense, by a special upright stone standing in a stone bowl or yoni, symbolic of the universe. Shiva is the primal Atman (Self) of the universe.

According to ancient Egyptian tradition, the wisdom teachings were derived from Temu, including language, hieroglyphic writing, numerology, cosmology, geomancy, and the seven liberal arts and sciences. The Hebrews later referred to this wisdom as Kabbalah (‘the Received Wisdom’).

The Greeks, in their turn, associated Temu or Enoch with Hermes Trismegistus (‘Hermes the Thrice-Greatest’), as also did the Sabaean cultists of mediaeval Arabia and the Mandaean Gnostics of Iraq, whilst the Romans named him Mercurius (i.e. Mercury) – a name derived, like the Greek Christos, from the Egyptian Kheru, or Maa Kheru, meaning ‘the True Word’.

Overall, however, in the western wisdom tradition, it is said that the great wisdom teachings are derived from Atlas, king of Atlantis, who ruled Atlantis during its Golden Age, and that Atlas was Enoch, the great Initiate.