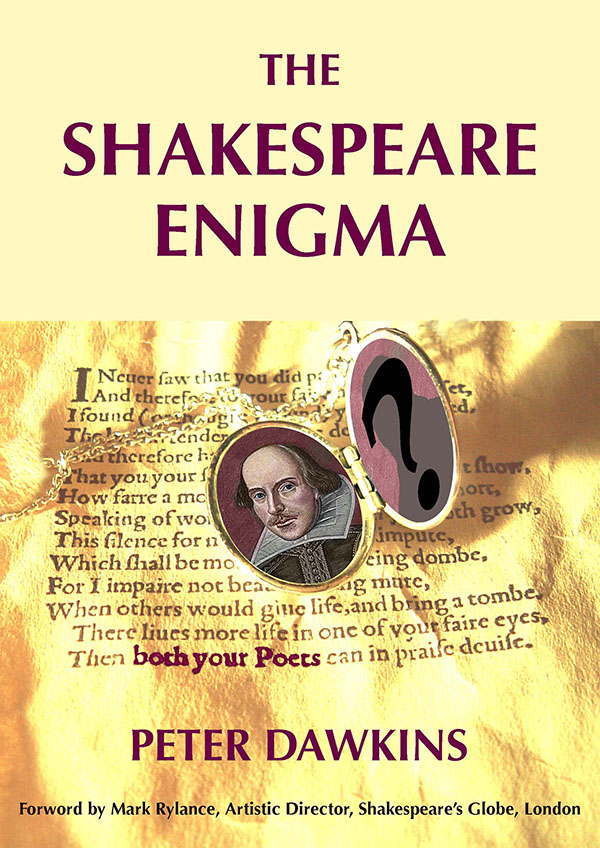 Over the years it has become abundantly clear to me that Shakespeare is not just Shakespeare. That is to say, the plays, poems and sonnets that comprise the Shakespeare canon are far more than what they seem at first. They contain, for instance, an encyclopaedic wisdom and knowledge. They comprise a cornucopia of the wisdom traditions, brought together in a poetic synthesis and magical art. Even the story behind the life of the author Shakespeare has more to it than meets the eye, involving the participation of the Society of the Rosy Cross led by their great initiate and chief, Francis Bacon, whom Paracelsus foretold as 'Elias the Artist'. I call this the Shakespeare Enigma.

To investigate this leads to the discovery of a further Shakespeare play—a living play, in which we are the actors upon the world stage. This living play is a treasure hunt or game of hide-and-seek. That which is hidden is the wisdom, symbolically represented by the true author who is concealed within his own works and veiled from outer sight - just as the divine Author of All is concealed within nature, ourselves and the universe.

To play the game is to educate oneself in this wisdom—or rather, to be educated by it. The ultimate goal of such education is initiation and enlightenment. ‘Shakespeare’ is, in fact, a mystery school, open to all who are interested and who make themselves worthy of it. 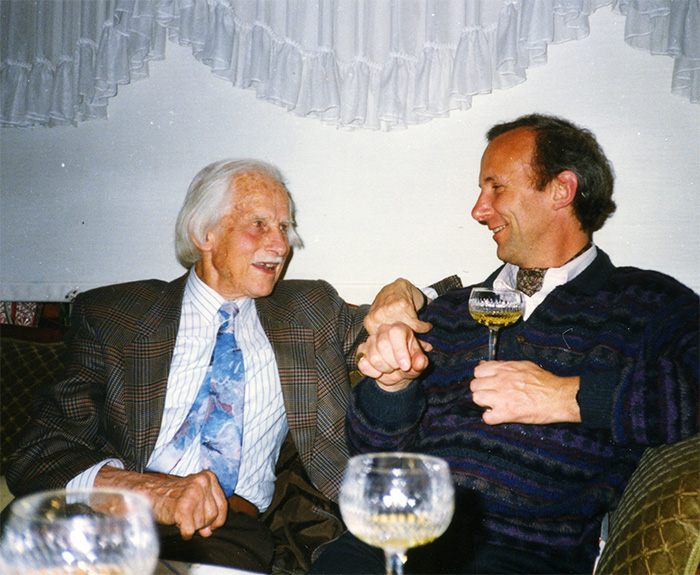 The mysteries were the sacred dramas enacted in mystery schools—the classical universities of wisdom that led their pupils through successive degrees of initiation by means of drama. Modern theatre is a direct but much modified descendant of the theatres of the Greek mystery schools. It is in fact possible to experience (and perform) the Shakespeare plays as mysteries, especially in the setting of the Globe Theatre, which is designed according to certain architectural principles of the Wisdom Tradition.

For me, Shakespeare has been a major source of learning and illumination, as well as delight, helping all my other areas of interest, and providing a major doorway and insight into the Western Wisdom Tradition. I was not particularly interested in Shakespeare at school, except when my sixth form was taken to see a series of Shakespeare history plays acted by the Royal Shakespeare Company at Stratford-upon-Avon. But in the 1970’s I was awoken to their magic and marvel by the grandfather of ‘new age’ education in England, Sir George Trevelyan, who was a great friend and mentor to me, and a remarkable orator. 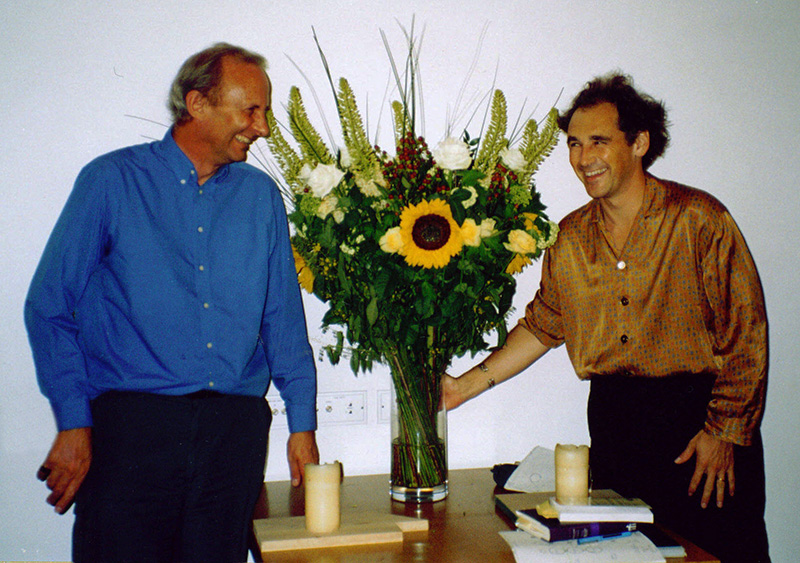 Since 1985 I have been conducting Wisdom of Shakespeare events. They began as weekend house parties in our home in Warwickshire, with Sir George Trevelyan and myself jointly leading each seminar. From 1997 to 2005 I had the delight of presenting Wisdom of Shakespeare weekend events at the Globe Theatre in London, together with Mark Rylance, then the Artistic Director of the Globe as well as leading actor.

In 2013 and 2014 respectively we ran Mystery of Shakespeare summer schools in Italy with Mark Rylance, the 2013 one in Agrigento, Sicily, and the 2014 one in Verona. In April 2018 we conducted a third one in Venice with Julia Cleave and myself co-leading. A fourth one in Florence was going to happen in 2020, but had to be cancelled because of the coronavirus pandemic. The hope is that we shall be able to do this another year. 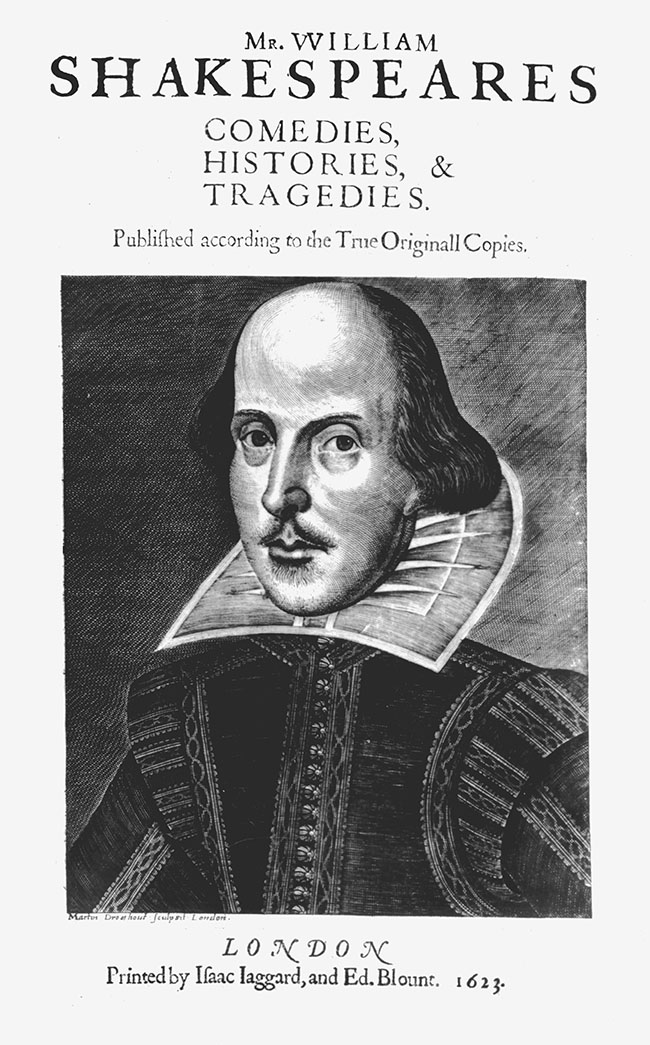 Since 2004 Sarah and I have been running Wisdom of Shakespeare weekend events each year in the Warwickshire 'Shakespeare Country', during which we see a performance by the RSC of a Shakespeare play in Stratford-upon-Avon. For these my co-leader has been the scholar Julia Cleave, but with a few co-led with Marianne Sagasti, a theatre-producer from Uruguay.

During 2017 Saira Salmon and I gave a series of five evening 'Explorations into the Wisdom of Shakespeare', in Stratford-upon-Avon. These were video-recorded and are available online in the FBRT YouTube channel. Saira and I have also made other YouTube videos on various subjects to do with Francis Bacon, Shakespeare and the Rosicrucians, and the Mysteries.