Europe takes its name from the myth of Europa and the Bull. A myth is an allegorical story packed with symbolism and many levels of meaning. Moreover, a myth has the ability to stay alive, grow and evolve, and to act as a vehicle or channel for inspiration and higher teachings. When connected to the landscape (as it often is), it is able to convey various insights into and knowledge of that landscape. That is to say, a myth can describe the symbolic form and nature of a landscape as well as its spiritual purpose.

The myth of Europa and the Bull seems to do this in terms of Europe and in the context of our planet as a whole. This appears to be a key to many things, including both planetary and human evolution. It appears to have been known to previous ages and cultures, and is in the process of being rediscovered and worked with in our present times, for the benefit of us all and the whole world.

The mainland of Europe forms the body of the Bull, rising out of the Black Sea, head down and flying over the Mediterranean Sea towards the west. On its neck and shoulders sits Europa, represented by the British Isles. Scandinavia is believed to signify the wings of the Bull, for in the good version of the myth the Bull is winged and flies over the 'Ocean'.

The major chakras of the European Bull stretch from Istanbul (previously Constantinople), the root chakra, to Santiago de Compostela, the crown chakra. Sophia, capital of Bulgaria and associated with the Rila and Rhodope Mountains, birthplace of the Dionysian and Orphic Mysteries, is the focus of the sacral chakra. The solar plexus chakra is centred on Vienna, the heart chakra on Constance, the throat chakra on Bourges, and the brow chakra or 'Bull's eye' on Madrid (previously Toledo).

In another scenario connected with early Christianity, the major chakras of the European 'Bull' can be understood as stretching from Ephesus to Santiago de Compostela. Ephesus and Santiago are the locations of the tombs of the two brothers, John and James respectively, 'sons of Thunder' and apostles of Jesus, which seem to have been specifically established on purpose as part of a great plan for Europe, in preparation for what is happening now.

'Europa' is a trinity of three lands known historically as Scotland, Ireland and Britain (i.e. England & Wales), which manifest the triple goddess archetype. They were once referred to as the 'Blessed Isles' that contain the golden apple orchards in which Merlin resides and of which he partakes.  Archetypally, each of these lands is an integral whole, with its own archangel and archetypal pattern that manifests in the landscape as a wheel of life (chakra) complete with zodiac, tree of life and chakra systems. These form a trinity of three great wheels or circles, whose centres are equidistant from each other. These centres – the ancient royal heart centres of Scotland, Ireland and Britain – are Dunsinane, Uishneach and High Cross respectively. The circles contain fourfold, five-fold, six-fold – and, doubled, eight-fold, ten-fold and twelvefold – divisions or geometric patterns, which manifest geomantically in the landscape and are associated with the patterns and stars in the sky. There is evidence to show that these have been recognised and made use of by previous cultures and generations, stretching back at least to the time of the early Celts, and that they continue to affect us powerfully today.

The Hermetic science of bringing heaven on earth has been operated by mystery schools from ancient times.

One of the keys to the recognition and the naming of Europe is that, astrologically, Taurus, the Bull, is said to rule the throat chakra, whilst Europa signifies the Pleiades that 'sit' on the Bull's neck and symbolise the alta-major chakra or 'mouth of God'. It is via the alta-major chakra that we and the world are inspired by the Holy Spirit, the Breath of God that bears the Word. It is by means of the throat that the Word is sounded to create all things new. 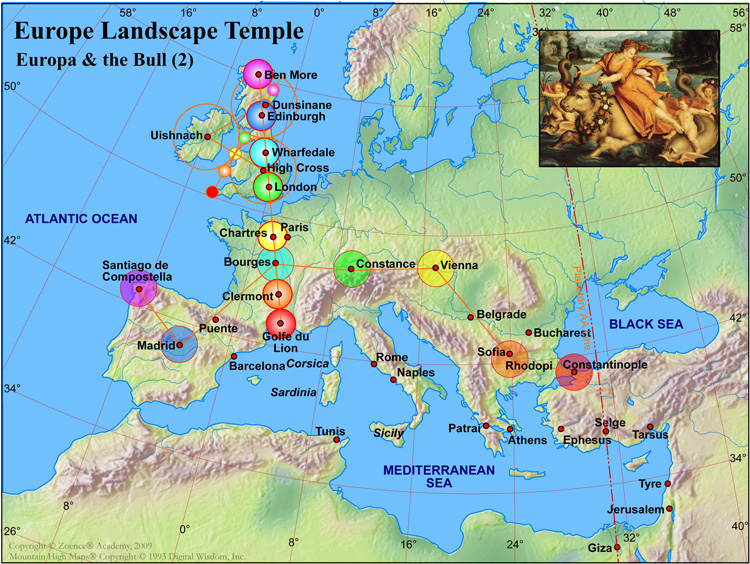 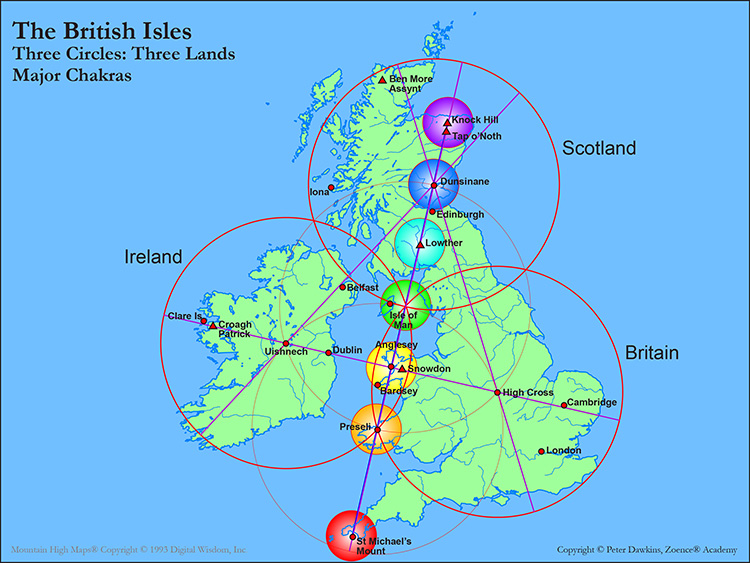 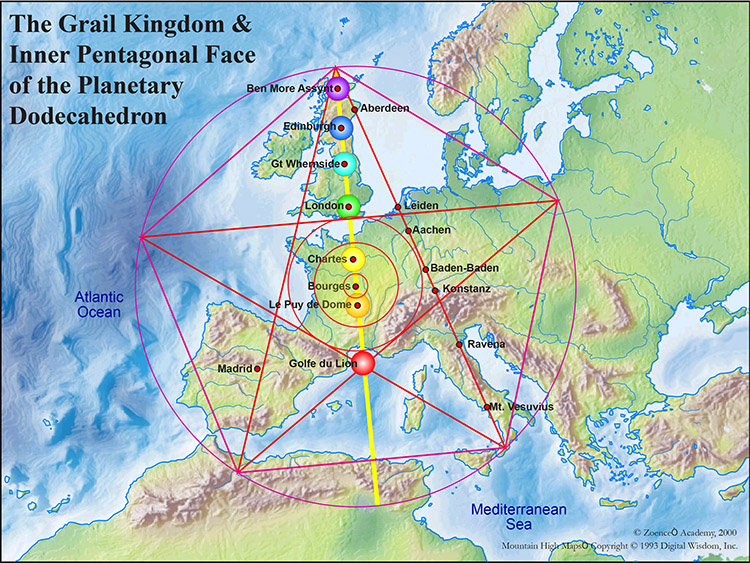 The axis of the Grail Land, in which Bourges is the hara, forms the main axis of the Planetary Dodecahedron, the geometric basis of the world's etheric light body.